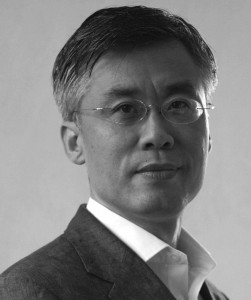 Born in 1963. Beisi holds a Bachelor of Architecture Nanjing Institute of Technology (NIT China) and Postgraduate Diploma of Swiss Federal Institute of Technology (ETH Zurich). He obtained a Ph.D in Architecture History and Theory in 1990 through a joint program of NIT and ETH Zurich. His Post-doctorate research projects in Zurich include a survey of housing projects in Switzerland. Since 2016, he is Honorary Professor of Southeast University in China.

Since January 1996, he has been a tutor, lecturer and coordinator of programmes of Bachelor of Art in Architectural Study of the school. Besides design studio, he is teaching in courses History of Chinese Architecture and Housing in Urban development in his school. He is supervisor of MPhil and Ph.D students. His students have won more than 30 national and international student design competition, including 1998/99 Dupont Benedictus Awards, and in exhibitions, such as UIA XXII World Congress of Architecture 2005. He was invited as guest and visiting professor in Ball State University in US, University of Montreal in Canada, Southeast University in China, Universiti Teknologi Malaysia.

He is the joint coordinator of W104-Open Building Implementation in International Council for Research and Innovation in Building and Construction (CIB).  He participated in organization an international conference on Open Building and student competition almost annualy since 2003, in Zurich, Beijing, Derban , Boston, Paris, Bilbao – named a few in last few years. Since 2008 an international student competition has been held along with the conference.  Since 1996 he completed several research projects in housing adaptability and housing sustainable development based in China and Hong Kong. Jia Beisi has published 4 books and about 53  papers in international and/or national journals including Open House International, Landscape Research, Habitat International. He has been guest editor for issues of journal Open House International, reviewer and organizer of journals and conferences.

He is also the Director and Partner of Architectural design office  Baumschlager Eberle Hong Kong.Ltd, led and/or participated in 12 major projects and competition winning projects since 2008  including housing, shopping mall, institutional buildings, urban design and hotel.