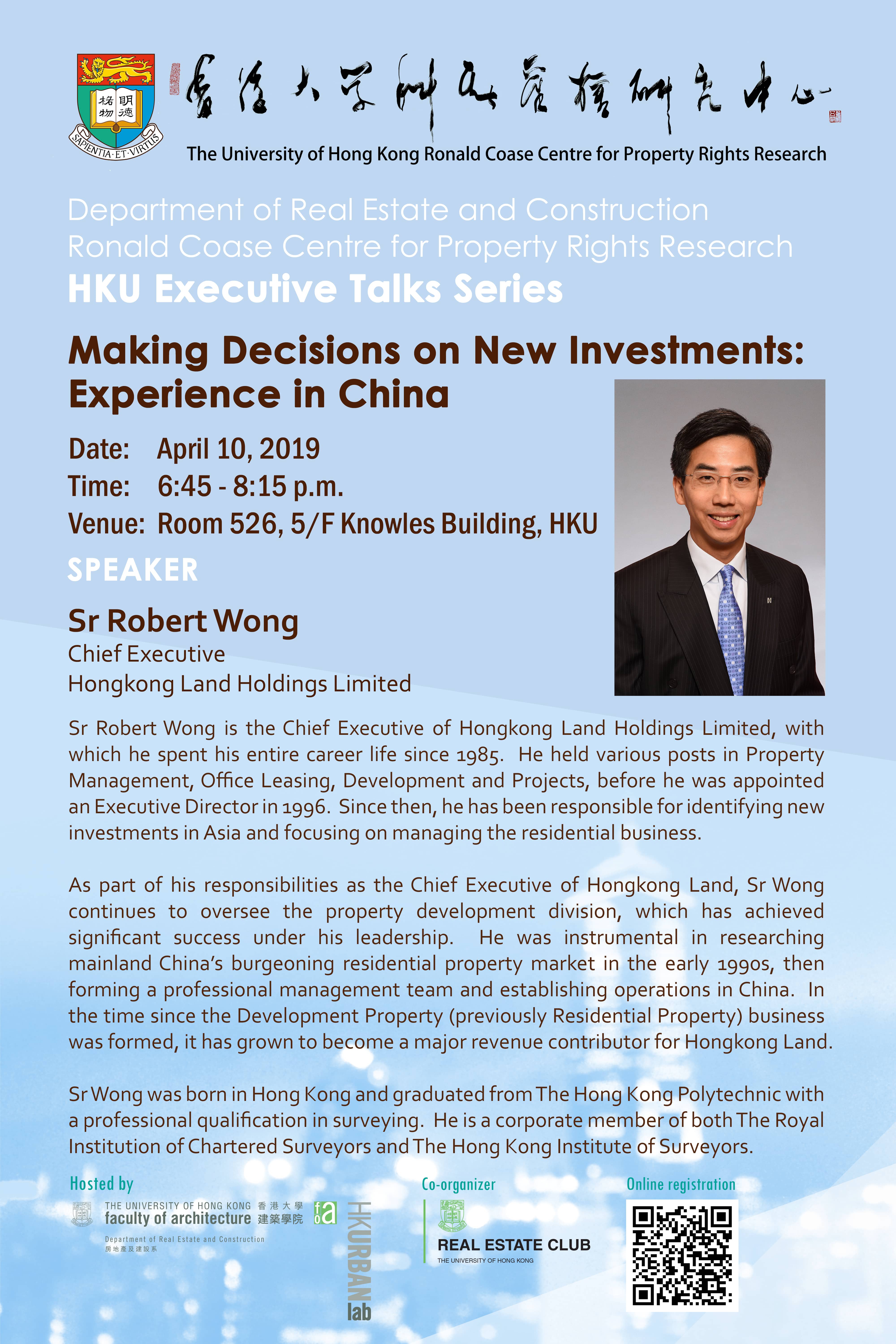 THE SPEAKER
Sr Robert Wong is the Chief Executive of Hongkong Land Holdings Limited, with which he spent his entire career life since 1985.  He held various posts in Property Management, Office Leasing, Development and Projects, before he was appointed an Executive Director in 1996.  Since then, he has been responsible for identifying new investments in Asia and focusing on managing the residential business.

As part of his responsibilities as the Chief Executive of Hongkong Land, Sr Wong continues to oversee the property development division, which has achieved significant success under his leadership.  He was instrumental in researching mainland China’s burgeoning residential property market in the early 1990s, then forming a professional management team and establishing operations in China.  In the time since the Development Property (previously Residential Property) business was formed, it has grown to become a major revenue contributor for Hongkong Land.

Sr Wong was born in Hong Kong and graduated from The Hong Kong Polytechnic with a professional qualification in surveying.  He is a corporate member of both The Royal Institution of Chartered Surveyors and The Hong Kong Institute of Surveyors.